Harnessing of solar energy has become increasingly important in order to overcome the energy deficit in the world and to reduce the carbon footprint due to the more frequent use of nonrenewable energy resources. With more advancement in technology and time, solar energy plant installations in homes have been rapidly increasing, not only because the technology keeps you off the grid and allows huge financial benefits by zeroing out electricity bills for decades but also due to a variety of other reasons.

Solar energy is the means of empowering the house using the free and unlimited supply of energy provided by the Sun. Since solar power is self-sufficient and installing solar panels on roof is safe and healthy, one can contribute to a sustainable future by starting out at one’s own home. Since solar panels have no moving parts, apart from the occasional cleaning, solar panel systems require very less maintenance and hence are very long lasting. Most solar panels come with a warranty of 25 years and even the convertors that come along have a lifetime of 10 to 15 years. Hence, they enable no hassle and durable power generation for a small set up at home with minimum chances of service interruption.

Not only this but Solar panel investment can also be used for business purposes. Any excess electricity produced by the grid can be utilized and sold to gain profits. Hence harnessing the solar energy not only makes the home self sufficient of meeting its electricity demands but also serves as  a source of financial and environmental stability.

A photovoltaic system is an energy producing system that uses solar irradiation to produce electrical energy. PV systems are normalcy classified into three major categories based on the consumer needs. The three classification of solar panel systems are:

This system has no connection to the electrical power grid

This system relies on electric utility

This article is dedicated to the discussion of off-grid systems. An off grid solar panel system is an energy unit that operates completely independently of all traditional public utility services by solely meeting the electricity needs of the house/plant without any connection with the main electricity grid. This system is usually accompanied by a battery or backup generator to provide electricity during the night.

Since off grid systems are independent of the grid, they are most commonly used in remote areas where there is less utility service or where the electrical supply from the grids is very expensive or inconsistent. The farther the location is the more the demand of an off- grid system becomes. However, if the demand of the setup increases from 5 kilowatt hours per day, an off-grid connection will be needed.

Hence an off-grid solar system must be designed appropriately so that it will generate enough power throughout the year and have enough battery capacity to meet the home’s requirements, even in the depths of winter when there is less sunlight. As the off-grid systems are accompanied by batteries and inverters, they are much more expensive than on grid systems and are only now becoming increasing popular due to a decrease in the battery costs.

The system generates DC electricity from the solar panels during daylight. This electricity is converted to AC current via the grid inverter and is then utilized by appliances. The excess electricity is stored on a battery. This battery is sued to provide electricity to the appliances when the PV system is non functional at night or on cloudy days. Sometimes for times of the year when the weather is very cloudy, a backup generator is also kept to provide power supply to the house and charge the batteries simultaneously.

Hence an off-grid system requires the following extra components for its effective operation:

Solar charge controllers or charge regulators are devices that prevent the batteries from overcharging by limiting the amount of current supplied to the batteries. These devices are very necessary for maintaining the health and maximizing the lifetime of the batteries.

A battery bank consists of a group of batteries wired together. It is necessary for the provision of electricity during low power producing hours of the PV panels.

AC and DC safety disconnects are required for all solar systems. For off-grid solar systems, one additional DC disconnect is installed between the battery bank and the off-grid inverter. It is used to switch off the current flowing between these components. This is important for maintenance, troubleshooting and protection against electrical fires.

Inverters are needed to convert the DC current produced to AC so that it can be utilized by the appliances. Electrical current flows from the solar panels through the solar charge controller and the bank battery bank before it is finally converted into AC by the off-grid-inverter.

Generators are needed as discussed above to supply electrical power in case the system is unable to produce sufficient electricity over a certain period due to factors like cloudy days as it takes a lot of money and big batteries to prepare for several days without electricity production from the PV cells.

Despite their advantages, batteries and generators are able to provide a finite amount of electrical power and hence power conservation is needed to make an off-grid system perform as expected. Power conservation can be achieved by choosing the right appliances and adopting energy efficient habits such as proper sizing of energy demands, proper wiring etc. 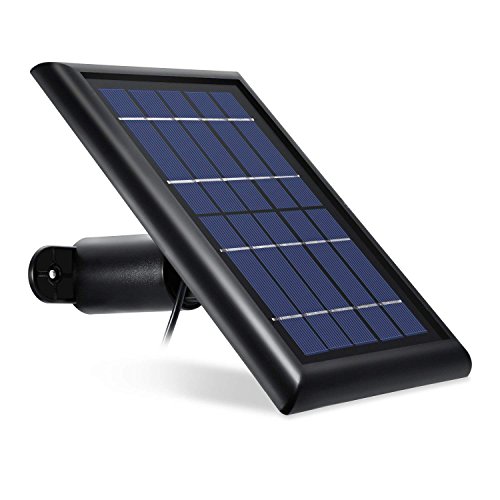 If power conservation is done and off-grid systems are designed and implemented effectively and correctly, they can provide light and power to locations that otherwise might have neither. They can not only create a new level of ease of us because being self-sufficient feels good. The user won’t have to endure power failures but will have provision of a clean and cheap source of alternate energy.

About the Author: shemesh